When my dad and I flew into Johannesburg on July 20th, I wasnâ€™t sure what to expect. I knew that Africa wasnâ€™t meant to be snowy, so reaching an area that had enough snow for skiing would be quite difficult. 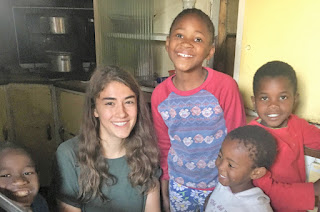 My dad and I were in the city for a few days before the rest of the group arrived and were able to look around. We saw the downtown areas of Johannesburg and parts of Soweto, which contained some very poor residences.
The next day, we met the rest of the BSA group back at the airport of Jo-burg and then we all flew to Bloemfontein, in a tiny propeller plane. Our group of 15 took up the majority of the plane. Luckily, our whole group had been in England or other parts of Europe, so none of us had to deal with jetlag.
From Bloemfontein, we hired a taxi service to take us up to Tiffindell resort. We drove for five hours on open roads, surrounded by completely desolate grasslands until we reached the nearest town to Tiffindell, Barkly East. At this point the skies were darkening and we began to drive on bumpy dirt roads.
The last segment was quite steep, windy and narrow, and I wondered how anyone ever found this specific mountain and decided to create a ski area. It was another two hours until we reached the resort and, until we saw snow. Tiffindell is undoubtedly the most remote place I have ever skied- or been.
The next morning we were finally able to take in our surroundings. All the houses and buildings of Tiffindell were within a quarter mile area, with the ski area above it all. The insides of the houses were also very spacious and cozy. 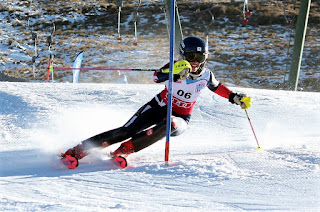 We spent two days training at the resort before the races. There was a single run with two surface lifts. The top lift led to a steep pitch the length of 12 slalom gates and then the hill began to flatten towards the finish. The snow was man-made, and pretty firm, but a week or two after we left Tiffindell actually got several Inches of natural snow. After each morning of training or racing we ate the inclusive lunch provided to us; surprisingly, the meals were quite similar to British food.
There were a total of ten races in South Africa, but we only spent five days racing because every day, we did two races- a total of four slalom runs. It was a little tiring, but at the same time, there was less pressure on each run. Generally, there were two courses that we alternated between. This made it easier to improve from run to run, because we already had a strategy for the set. There were only 22 girls competing which meant there was usually less of a break in between each run.
The weather was quite sunny for most days of racing. However, there were strong winds and therefore built-in weather days in case it ever became too windy for the surface lift to function. We only had to use one weather day. For the FIS entry league races (four in total) we only raced on the flat, shorter half of the slope. Inevitably it was more of a sprint slalom. For the FIS citizen races, standard FIS races and National Junior Championships we skied the entire hill, including the steep top section.
On the â€œbad-weatherâ€ day, our coaches convinced us to hike Ben MacDhui, the tallest mountain in this area of the Drakensberg range, at 3001 meters. The hike up was pretty standard at the beginning, although we had to cross the ski run. As we approached the peak and increased our exposure, the wind speeds rapidly increased. By the time we reached the top of the mountain, it felt as if we were in a wind tunnel. It was hard to hear one another speak, and when I leaned forward the gusts supported me. The hike was about 90 minutes in total.
After ten days, we said goodbye to Tiffindell and started on the long drive down the mountain. I was very grateful to have this experience, during which we met a lot of interesting people. There were racers from Austria, Belgium, Britain, Czech Republic, France, Italy, Kosovo, Portugal, South Africa, Turkey, and the USA.
There was a South African ski Academy on the mountain, and we later learned that some of those athletes normally lived in quite poor areas, and had to rely purely on donations of ski equipment - but nevertheless were pursuing a ski career. A lot of the visiting athletes had donated their old ski equipment to the kids in South Africa, so the whole race had a very positive atmosphere. Being in such a small area for an extended amount of time can really bring people together.
The next stop on the list is our Australia and New Zealand trip. Iâ€™m very much looking forward to this one!! Until next timeâ€¦ 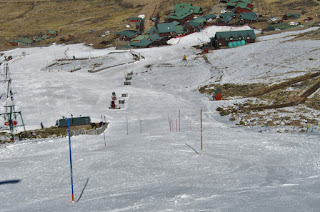 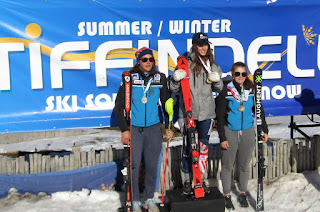 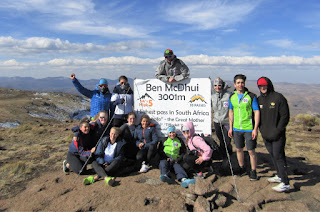 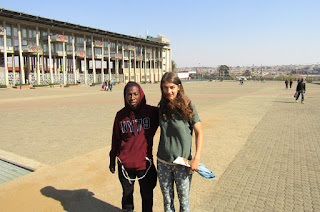 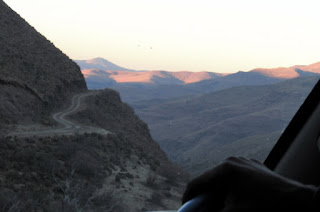